Over the past couple of years I’ve been a very proud member of the volunteer committee of the Young Australian’s Best Book Awards (YABBA) that runs the children’s choice book awards in Victoria.  Earlier this year I was elected President after the untimely passing of Mr Graham Davey.   The YABBA Council enthusiastically works hard to bring student voice to fore on the books they think are the best Australian books for the year.

As well as donating my time to coordinate the YABBA Awards I agreed to financially support YABBA with the printing and distribution of their shortlist poster in 2012 and 2013.  It is my great honor to help such a worthwhile cause, especially one that I feel links so closely with the work I do.

On 6 November 2013, the YABBA Awards in Victoria announced the 2013 winners at a star-studded gathering attended by 300 students and 25 Authors and Illustrators.

I’ve produced an A3 winners poster that you can download and use to stimulate students thinking about their favourite Australian book and which they choose. 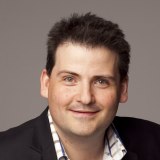